Aberdeen isn’t exactly a very common place to go for tourists. It is not astonishingly beautiful, not incredibly big, not amazingly crowded and not breathtakingly impressive or anything of the sorts. It is mainly a big port with loads of maritime industry such as oil and fishing. There’s even a dedicated Maritime Museum for these sorts of things.

Anyway, when you get to Aberdeen, you are most likely to arrive at Union Square, a big train and bus station and shopping mall. Walking from Union Square to the city centre – which is about 5 minutes away – you pass a bunch of massive steel ships that I think are supposed to represent the old shipyard industry that used to be crucial to Aberdeen, but isn’t as big any more. The place that looks most like a centre is the Castlegate, but it is merely a square of a few dozen metres. The actual centre seems to be rather the St. Nicholas Shopping Centre – a really big and quite beautiful mall a few minutes north.

Anyway, I went to the tourist information and asked the friendly Scottish guy in there for some advice. He sent me off to find a few museums and churches, as well as Marischal College. Museum number one was the „Tolbooth“, basically an old prison tower. It’s not really worth mentioning; it is very small and I think it is rather made for children.

My next stop was Marischal College, which today houses the Aberdeen City Council. Marischal College is a vast (in fact the worlds second-biggest) granite building. There is a whole bunch of granite buildings in the „Silver City“ of Aberdeen, mainly because there were important granite pits close to Aberdeen in earlier centuries, and they made use of it. Many impressive buildings throughout Aberdeen have a weird silvery shine to them, and that is the granite – it gives some places in the city a very specific, slightly unreal look; the granite reminded me a bit of toy castles like the ones by Playmobil I used to play with as a child.

In front of Marischal College, there’s a statue of Robert (the) Bruce, Scotland’s number one national hero who can be found literally anywhere from Edinburgh to Inverness. Whereever there is a castle, a museum or a council, he’s around somewhere. Clydesdale Bank even put him on notes.

From Marischal College, I headed to Aberdeen Art Gallery and spent a solid two and a half hours there. The Art Gallery is seriously cool, mainly modern with a few smaller branches of early modern stuff. I recognised a few things I have seen by the same artists in Edinburgh, most notoriously another „There will be no miracles here“-installation by Nathan Coley. They also have a bunch of quite interesting exhibitions going on at the moment, e.g. the Scottish Tapestry Project (or something like that), which is a collection of a hundred or so knitted tapestries that show Scotlands history from the very very early times (as in, millions of years ago, when the landscape came to be) to modern days.

Anyway, it was almost 5pm when I got out of the Art Gallery and that meant I had no time left to go to the Maritime Museum. Instead, I wandered the streets and got to the beach for a quick shot before it was getting dark. And that was basically it.

So, what’s my take on Aberdeen? You don’t have to see it, but you can very well. There’s enough to do for a day or two, you can find a bunch of really nice pubs, museums and shops around the centre and if you ever feel bored, there are also several theatres and if everything fails, the tourist information seems to come up with something for everyone. Still, it’s far away from becoming a must-see on my list. It’s not a particularly beautiful place, but if you can get a day off and don’t mind spending 6 hours on buses (bring a book!), go for it, check out the museums and have a look at the quite impressive granite buildings. Or just go shopping in the pretty cool area around St. Nicholas. Oh, and obviously, bring an umbrella. 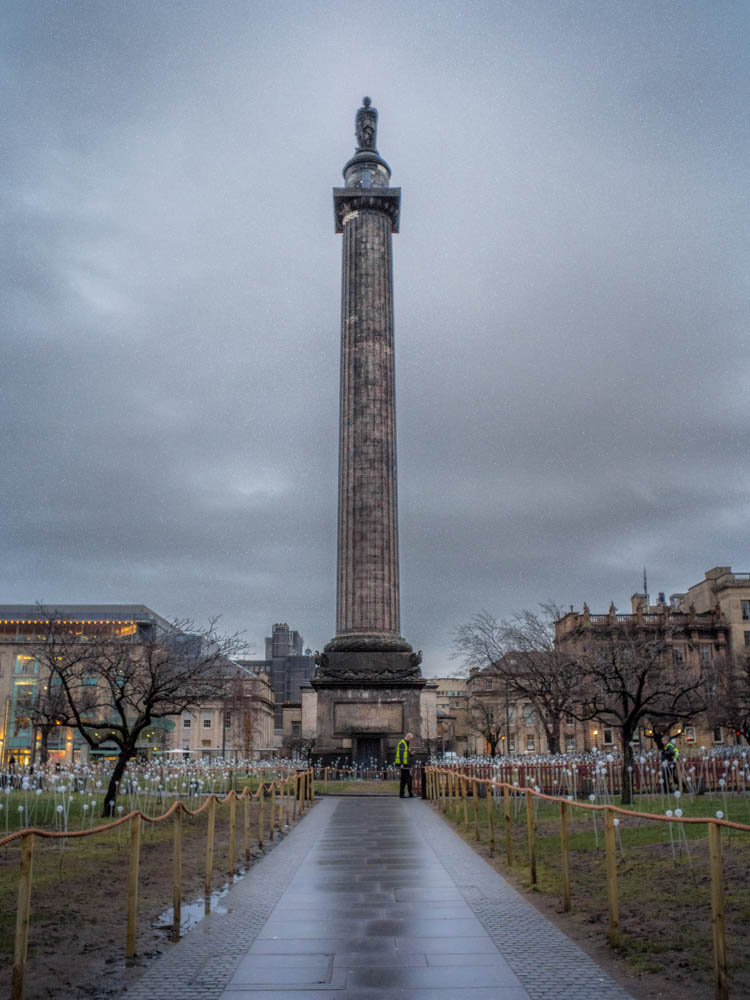 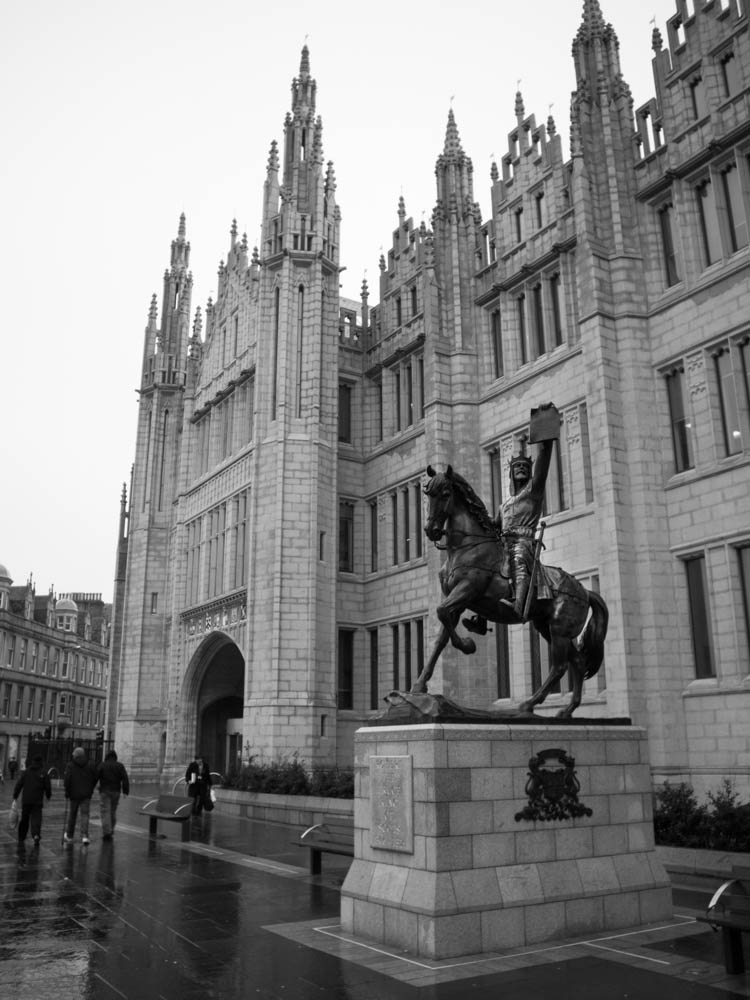 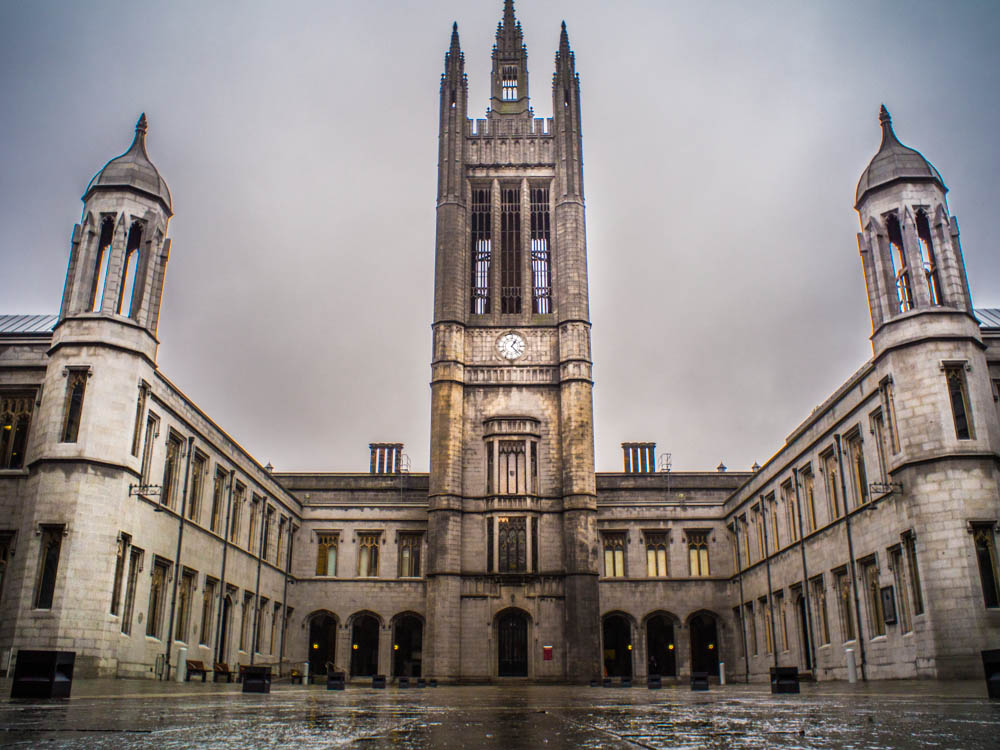 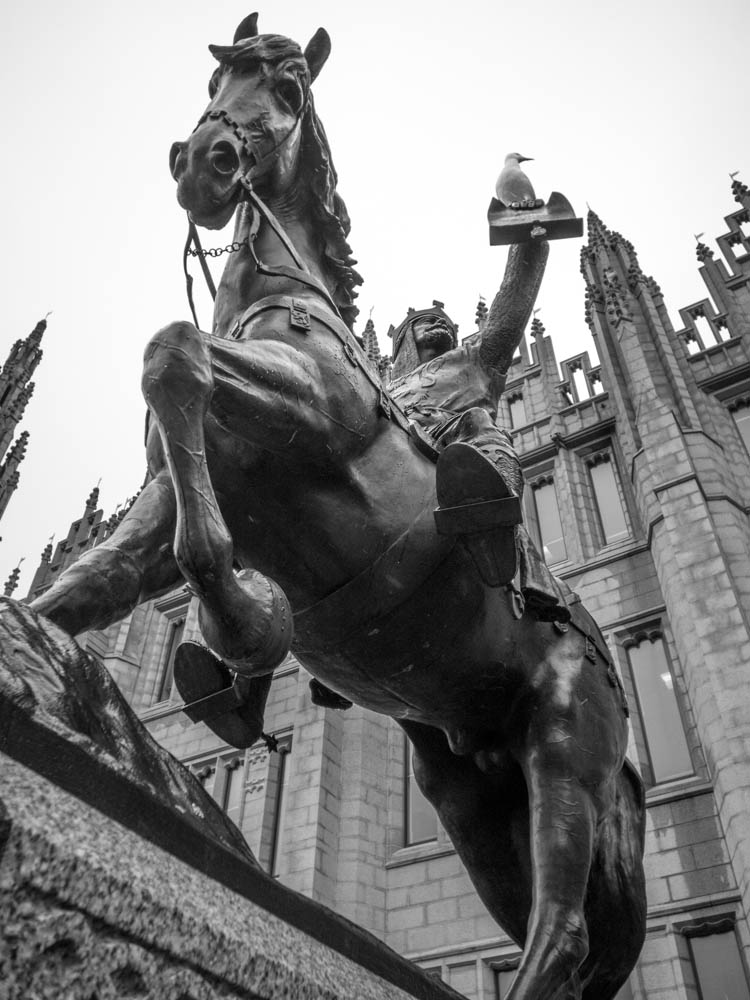 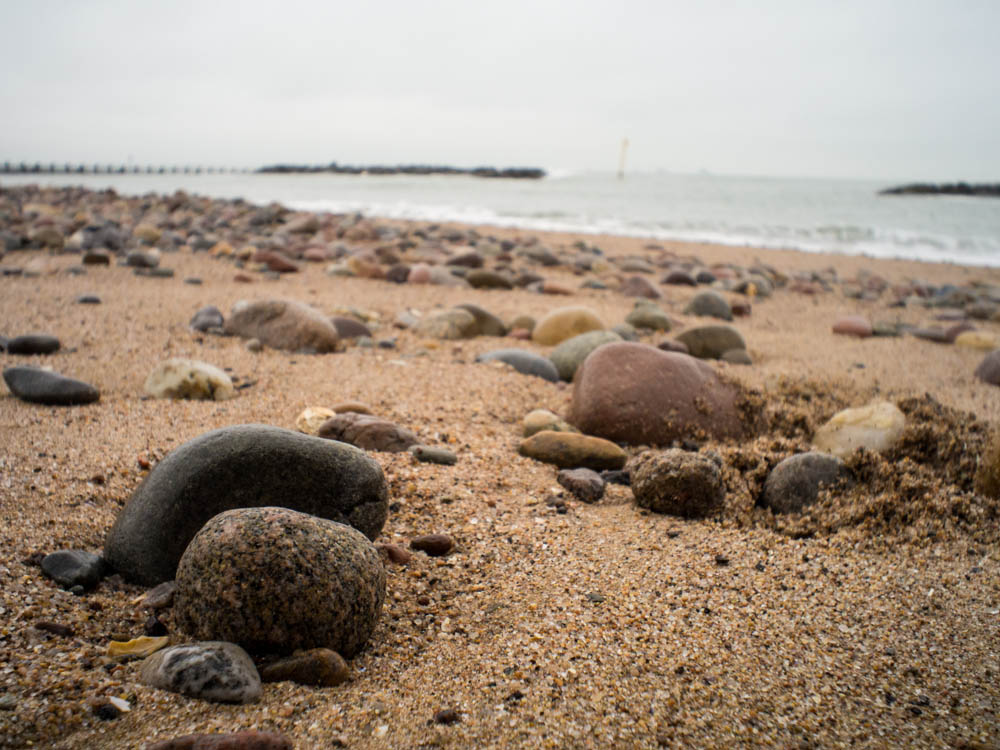 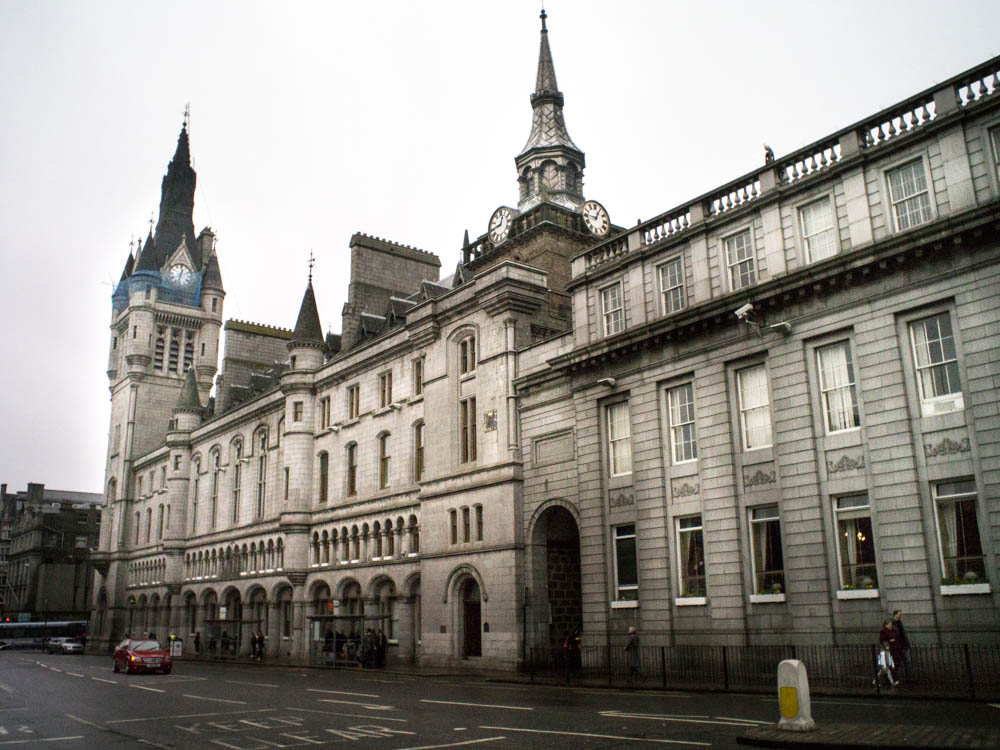 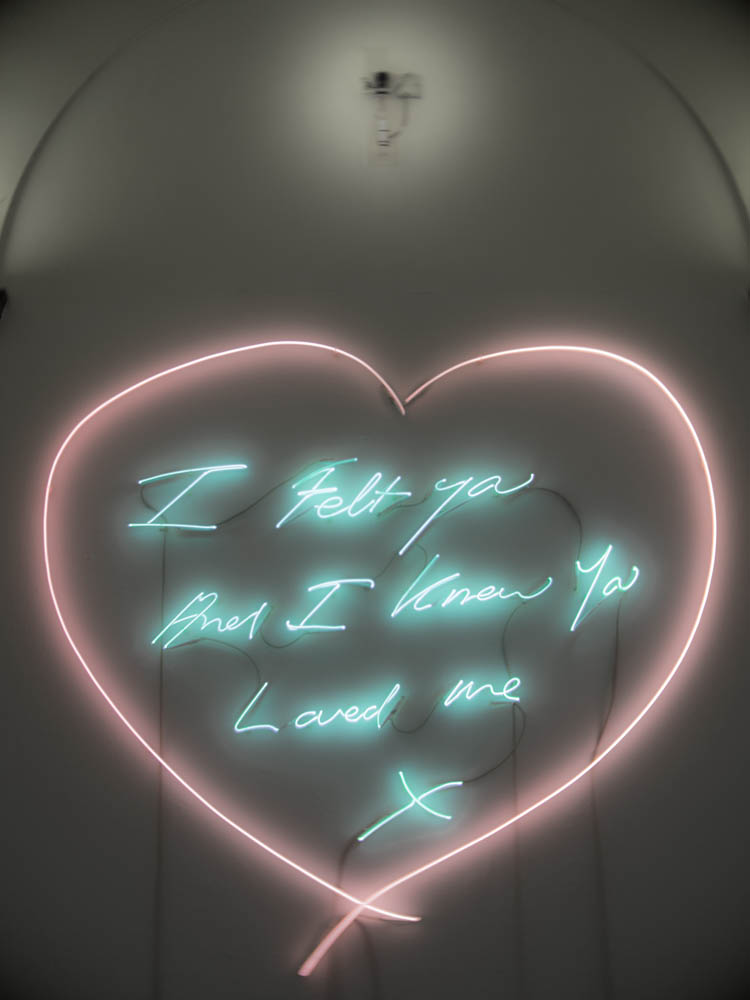 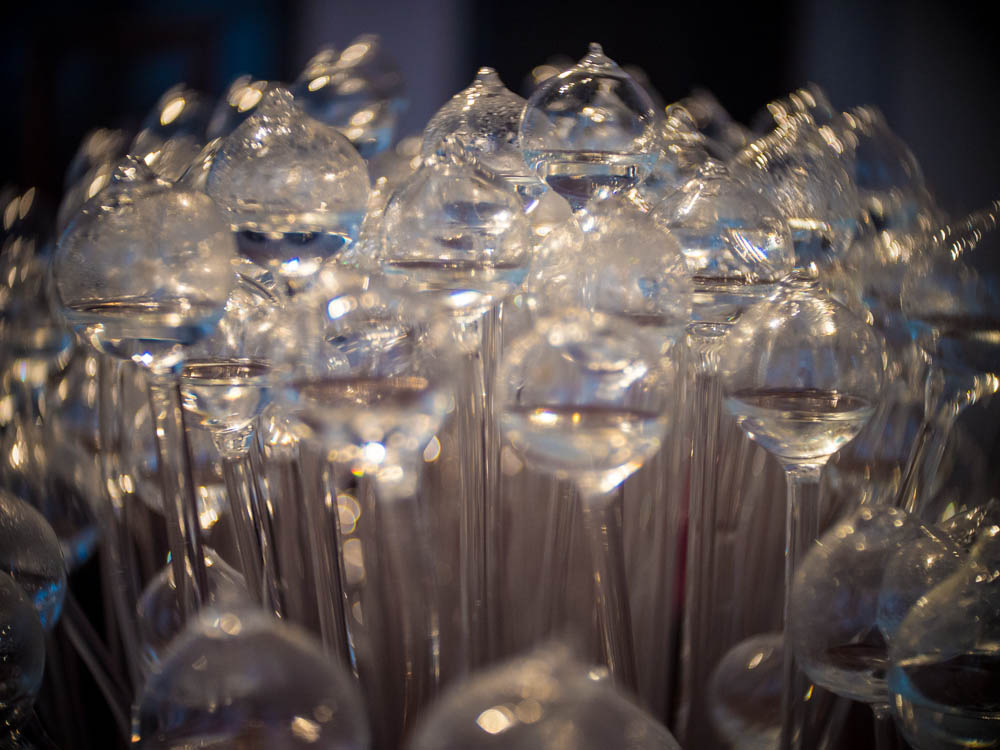 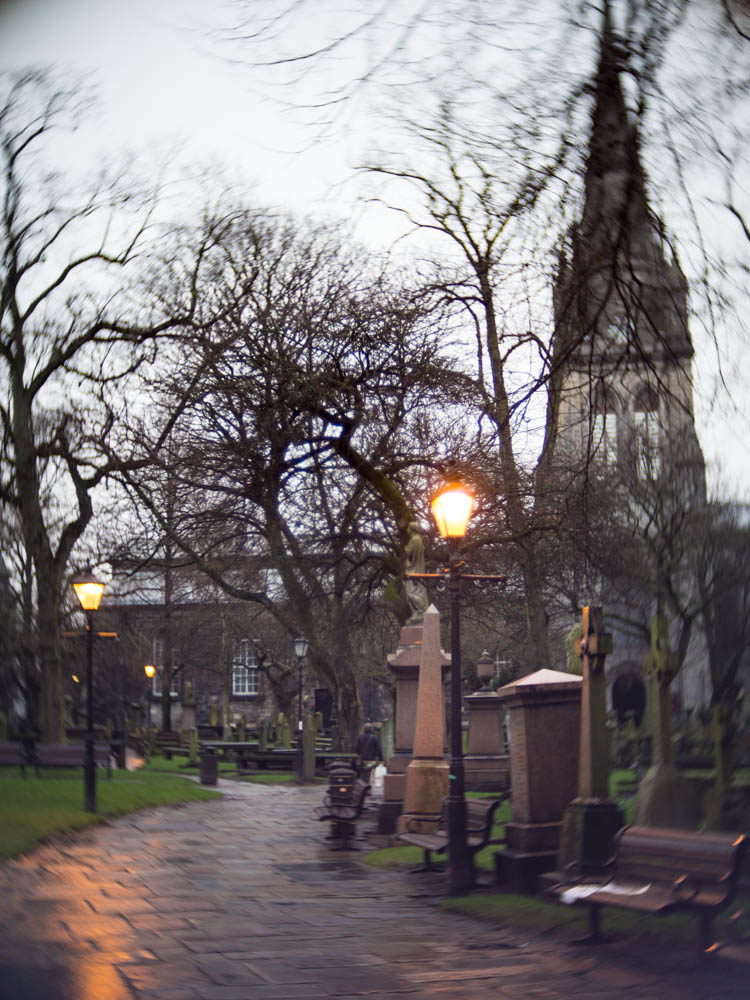 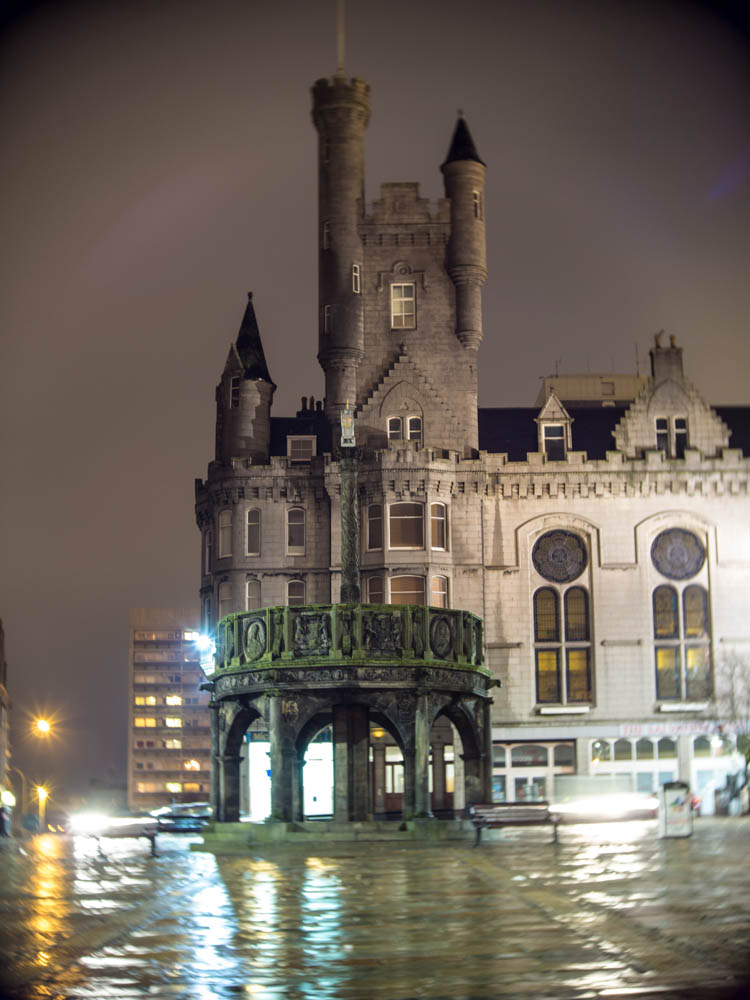 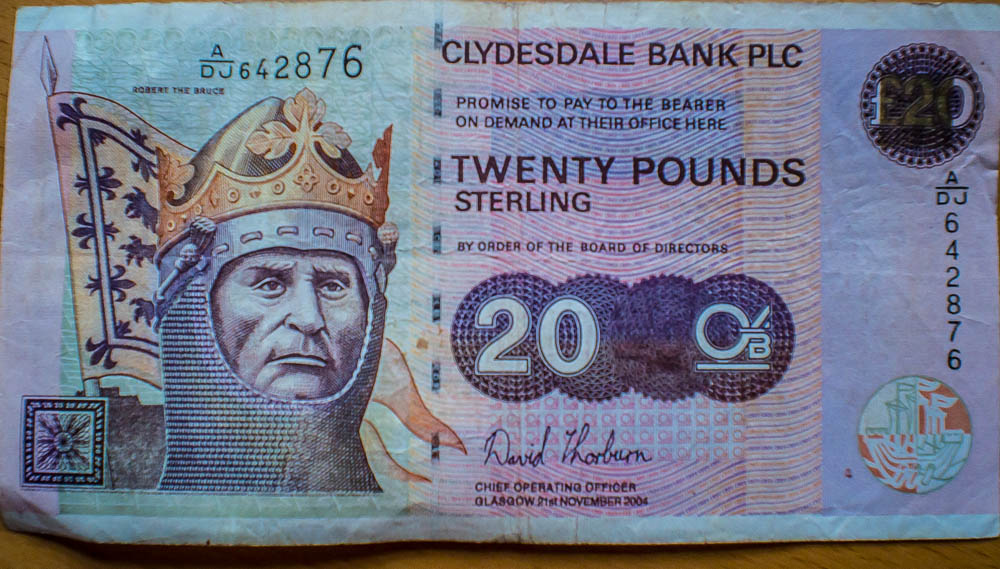