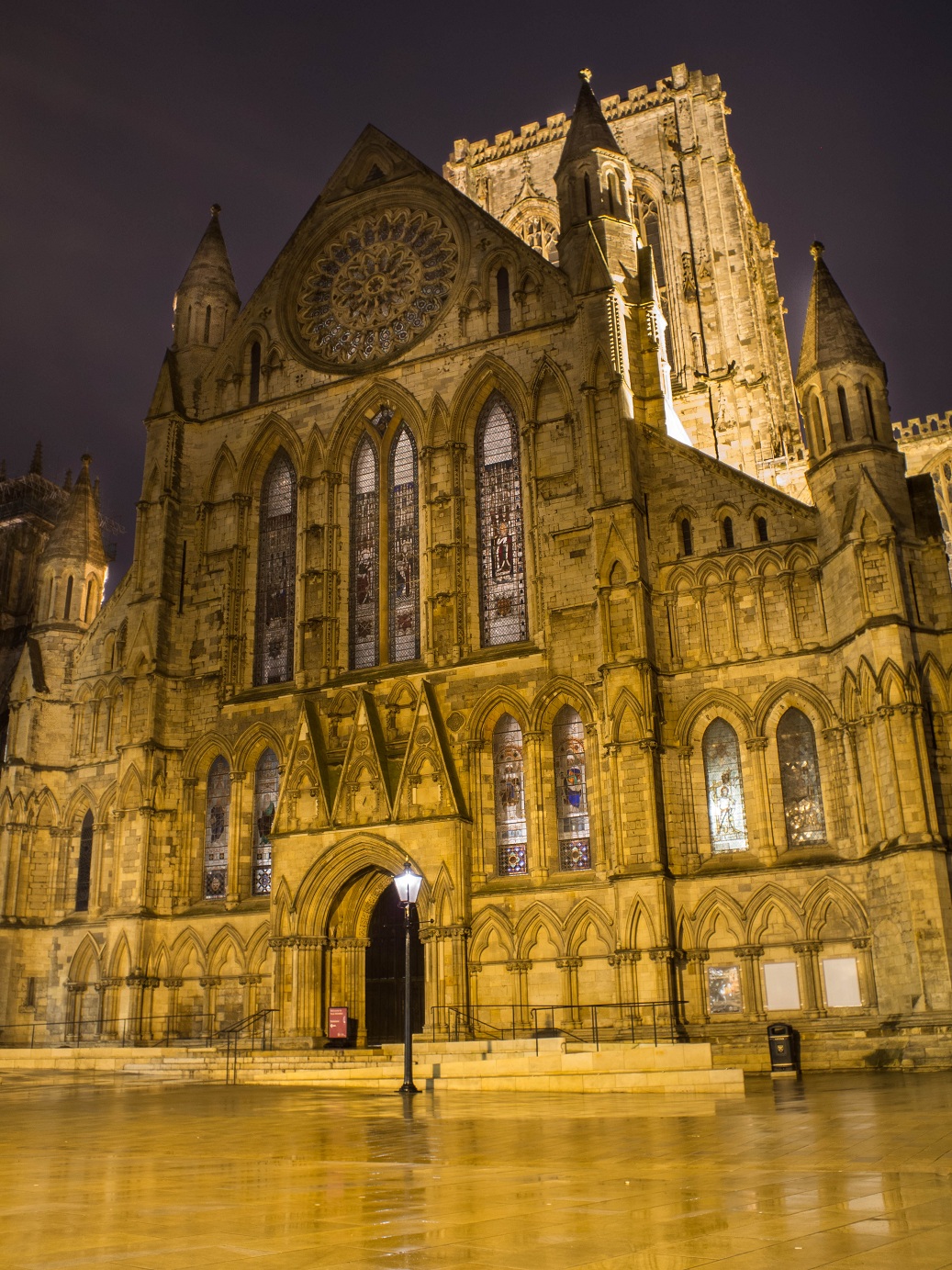 I went to York on Valentine’s Day 2014. It was a bit random a choice; I had nothing to do on the weekend and decided to go somewhere. York was close, sounded familiar and looked nice on a map. York is a comparably small city. With a few 200,000 inhabitants, it is about the size of Freiburg or Saarbrücken.

It’s also ancient – literally. York was founded in the late 1st century AD and prospered under the Roman emperors, being the capital of Britannia for some time. I did Latin and History for five years, but I never noticed how much of Roman imperial history actually took place in York: A whole bunch of emperors hung out here, and Constantine the Great first usurped the principate here.

Surprisingly much of that Roman city has prevailed. It’s a bit like a smaller version of Rome – Ancient, Medieval and Rennaissance stuff are everywhere. You can take a proper 5k walk on the remains of the Roman city wall, and „remains“ isn’t really the appropriate word here, because the walls are basically all still intact. You can find the Roman Bath, a pub in the middle of the city, whose owners started digging for a cellar a few decades ago and found an entire Roman bathhouse; today, this has been turned into a sweet and tiny museum just under the pub.

The rain was pretty bad, and the worst thing to do in York when it’s raining and stormy is to go to the Castle. Now, the Castle of York is a bit different from Edinburgh Castle. It has a slightly confusing story to it which includes William the Conqueror, the burning of a few hundred Jews, and presumably loads of tourists freezing to death on top of it. You can however climb the walls and get to the very top, which gives you a neat view over York, unless you’re blown away by the wind. 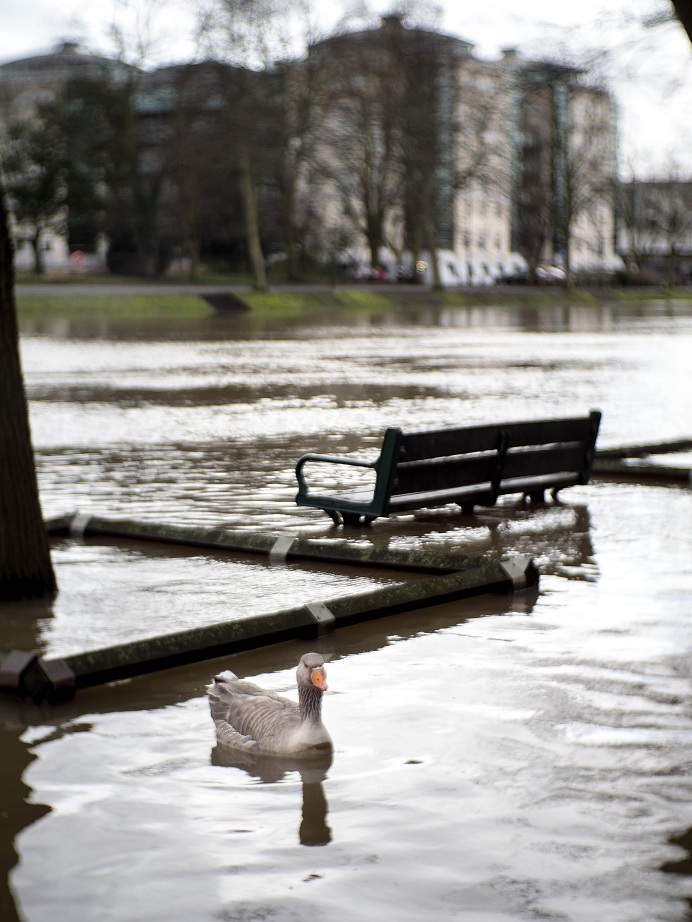 There are some more places in York that are worth visiting. There are the Shambles, a few backalleys with tiny shops and cafés and a pretty old-school marketplace; sadly it was raining cats and dogs that day and it wasn’t exactly a busy day there. Then there’s the Yorkshire Museum in the Museum Gardens (confusingly the signposts only lead you to the latter, but they’ll know why…), next to the astonishing ruins of St. Mary’s Abbey. Yorkshire Museum was one of the coolest museums I’ve seen in Britain (well, no comparison to the National Museum of Scotland at all, but really well-made, humorous and Roman-themed – anyway, I liked it).

And, of course, there was a flood. It has been raining a lot the last days and all of England seems to be standing top-edge-bottom-lip (don’t think that translates) in water. So obviously, York did too. They have had their experiences with floods and they now have a proper protection system; however, I still got a bunch of very fun shots.

So, the gist of it is: If you’re into history, and specifically Roman history, at all, then York is your go-to place in Northern England. Also if you’re into a small town with loads to do, beautiful shopping alleys, lovely pubs, loads of churches and ruins of beautiful old stuff. York actually reminded me a lot of Freiburg – the alleys, the rather low-key traffic, the Minster, the parks and so on. That may be one reason why I loved it so much, but that may just say as much about Freiburg as it does about York. Either way, this is a place you should not miss out on while you’re around.